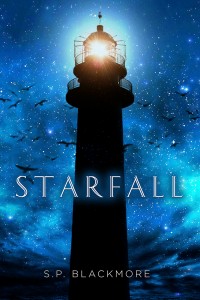 There are two reasons why I don’t have a tattoo. The first is because my mother is secretly a Bolton and a would take a tattoo as a sign to flay me alive.

The second reason is because I cannot imagine committing to anything enough to want it inked onto my skin forever.

This sort of relates to my seeming inability to blog regularly. I guess I fear commitment of any kind.

So I’ll just get to it. I have been writing, just not for me; I’m doing a lot of ghostwriting these days, which hasn’t left a ton of time for my own work. And to be honest, there’s a limit on how much creative juice I’ve got in me per day. The work I do for my clients always comes first, which means if I’m mentally wiped by the end of the day, well, my books can wait.

The end result of this is I haven’t released a Blackmore book in almost two years. I am pretty sure whatever readers I have left have given up. I did manage to get off my ass long enough to read the Nook Press agreement, sign it in blood, and get the zombie books back up on B&N. So I’ve got that going for me. Echoes is stuck in Nook Press processing hell, which apparently happens (and B&N doesn’t seem interested in answering my emails) so I’m still in a holding pattern there.

Anyway. The dry spell is about to end. It’s not zombies, but it’s a book. And it’s very close.

My mother is not wild about zombies – she also wouldn’t be much good in the zombie apocalypse, because her reaction to a zombie is to start laughing at it – but she does occasionally like to see what all the fuss is about. She’s watched a few episodes with me, but it’s been a long time since she actually sat down for the entire hour.

That all changed tonight, when I badgered her into watching the season four premiere of The Walking Dead with me.  I’m just sorry I didn’t get her to watch much of it last season, as I think she would have gotten a kick out of the Governor and his decorating efforts.

Below are her thoughts. Also…spoilers if you haven’t watched it yet!

END_OF_DOCUMENT_TOKEN_TO_BE_REPLACED

I forgot to update my spam-blocking plugin, and woke up to lots of fun Penis Enhancement comments on “Welcome Home” and a couple of other posts. Fun!

Continuing on with the WD in 30 days meme…

Favorite female character? Why?
Oh, dear. I’ve complained about this show’s handling of female characters quite often. Not that I don’t love it/them dearly, but it seems the ladies frequently get the short end of the stick when it comes to characterization.

Most of them aren’t clearly defined enough for me to pick out a solid favorite. I can discuss qualities I like in each of them (even Lori…sometimes), but I don’t really have a go-to girl in the cast yet. I do like what I see in Maggie and Carol, and yes, Michonne’s badassery is the stuff of legend…but I need to see a little more of Michonne as opposed to just the badass to really start to enjoy her. Happily it looks like she’s headed that way.

I do hold something of a grudge against Maggie for her actions in the second season. She was mad at Glenn about something (was it telling people about the barn? I honestly don’t remember) and she retaliated by…smashing an egg on his head.

Seriously? You’re in the middle of the zombie apocalypse and you get ticked off at your boyfriend so you pull that? I lost some respect for her that day.

There’s a Walking Dead 30-Day Challenge on Tumblr, and I figured…why not?

Day 1: Favorite male character? Why?
Overall, my favorite is probably Daryl Dixon for the usual reasons. He’s a badass, he’s capable, and he’s the only one who consistently seems to have his head screwed on pretty straight (or at least he’s good at pretending he does). I could go into all the details about what a great character arc he’s had, developing from Merle’s mouthy little brother into a real leader, and how his growing relationships with Carol, Rick, and yes, Merle, have been some of the most entertaining to watch…but yeah. Daryl.

I’m also wild about Glen. He and Daryl could have their own spinoff where they hunt for things and learn about other cultures or something.

For sheer entertainment value, though, The Governor wins, hands-town. Zombie heads in an aquarium? Hanging out with his undead daughter? Making cryptic notes about God knows what? Oh, he’s batshit crazy and I love him for it.

Okay, so…I realize I kind of disappeared for awhile, and then weird things happened with my Nook-published books, and I shall take this space to explain some things.

Where did I go?
I would love to say I spent my summer sunbathing on a beautiful tropical island, but the real story is…I worked. I worked a lot. I had some family issues that came up, some health issues, and while everything is fine now, I was not in a position to sit down and crank out a funny zombie novel.

Or anything else, really. It was just that kind of summer. I didn’t get a lot of good stuff done. I didn’t do much with Facebook, with Twitter, with marketing, with anything.

I honestly didn’t have it in me. But I’m back.

The Nook Business
Barnes & Noble changed their Nook contract and upgraded Pubit to something called NookPress or something like that…which is great because it sounds less like pubic, but came with an entirely new contract to read through. The original contract was not particularly favorable to indie writers. They released an updated version that put most fears to rest, but I was in the middle of a big assignment and did not have the time or brainpower to examine the entire contract. I made the decision to pull my books from the Nook store until then. From what I understand, the books should still be on your Nook device if you have already purchased them.

I’ll try to get them back up as soon as I can.

So…are you working on anything now?
Actually, I started on a rather interesting project that fuses my two favorite genres. I’ve fiddled with bits and pieces of it on and off over the last year or so, and it might turn out to be rather awesome.

More on that later, though.

Did you really start watching Breaking Bad?
Yes, I finally got on board with the rest of humanity and started watching Breaking Bad on Netflix. Partially because I wanted to see Malcolm’s dad cooking meth in his underwear, but mostly because a reader swore up and down that she pictured Tony as played by Aaron Paul (Jesse Pinkman to those who watch the show). I was curious, so I checked in.

Yeah, I definitely see it.

So. Zombies?
Yes. I’m working on some GNW shorts that I’ll put up on the site by Halloween. They will be free. I don’t know that anyone wants to read them, but they’ll be up for you to check out.

But for now, back to Breaking Bad. =D

I watched Cabin in the Woods last night. If you’re planning on watching it, stop reading this post. I am going to spoil the hell out of you.

Yeah, it took me that long to get around to it (I am not much for going to the movies these days). It popped up on Netflix and so of course I had to check it out.

Initial thoughts? Very clever movie. And I’d like to give a round of applause to the Buckner family, a.k.a. the most tenacious clan of pain-worshipping redneck zombies I’ve ever seen. Someone please get Patience and the long-haired guy a spot on The Walking Dead. Rick wouldn’t know what to do with them.

END_OF_DOCUMENT_TOKEN_TO_BE_REPLACED

I’ve been watching World Without End on Netflix. I’m digging the costumes and the music, but the storyline…well, I’ve heard the book was much better and the miniseries has deviated quite a bit from the novel’s plot.

The miniseries, from what I can see, is about the long-suffering Caris, who only has one facial expression, and Godwyn, who was brought up by Petranilla, and between the two of them, they engage on a merry killing spree through Kingsbridge and beyond. All in the name of God and family, of course.

Hmm. Merry killing spree makes the show sound better than it is. This isn’t some sort of medieval crime spree. More like a family saga gone horribly wrong.

With that said, I am enjoying it.

Is it wrong that I kind of hope this turns out to be a closeted medieval zombie flick? Hey, it is the Black Death.

I admit it: I ragged on this movie when I first saw the trailer because Darth Maul is in it.

I’m not kidding, by the way. Check out the comparison pic I linked to above. Maul didn’t die, he just grew out his hair (what he could of it) and headed to Earth, where he makes an honest living terrorizing children gifted at astral projecting.

Look, it’s hard for a Sith to find work these days, okay?

Kidding aside, the movie had some good scary moments, and once it was over…well, I couldn’t sleep because every time I dozed off, my subconscious became legitimately afraid that a crazy old demon lady was going to come and possess my body while I dreamed.

So I kept waking myself up.

Folks, it was not a good night.

I did see that Netflix added a bunch of new horror movies, so I’m sure I’ll check out some of them. Supernatural stuff tends to get to me more than the blood n’guts (Insidious had very little gore), so maybe I’ll indulge in some good ghost movies.

Or maybe I’ll decide sleep is important and save the scary stuff for the weekends.

In other news, I’ve become obsessed with Dragonvale.