Just saw the season finale of The Walking Dead.

Spoilers below. If you haven’t seen it yet, run away.

What did I take away from this episode? Well, Carl’s turning into a nice little sociopath. Eh…maybe sociopath isn’t the right word. I don’t know what psychiatric term I’m looking for. But his actions in the forest, along with the little lecture he gave his father, made my eyebrows go way, way up, and not just because I was a good kid who never talked back to my parents.

Except in a situation like you have in Walking Dead, with countless known enemies (in this case the zombies), you really can’t afford to be a tiny, isolated group that treats every other living being as the enemy. There’s too few of you to go around already.

I probably could have forgiven Carl one or the other. The thing in the forest – hey, they were in a scary situation, adrenaline was high, he pulled the trigger. The situation with his father…he’s in a bad place, they’ve just barely avoided losing their home, and I think there’s still some part of Carl who wants to see his father the way a lot of kids see their fathers (or mothers – but we’re talking about Rick here), as a sort of hero and as a leader. Shit went screwy, people died, that means Rick failed. So I do think there’s some anger there…that Carl thinks Rick has let him/them down.

But both? This ain’t just teenage rebellion. The show is planting the seeds for some future strife between father and son.

Hooboy. That little shit is gonna be trouble in the coming seasons.

As an aside, where the hell did the Gov go off to? With all his “you kill or you die” chatter, I half-expect him to wind up hanging out in Westeros, helping Cersei in her plot to seize power once and for all.

Actually…if I was still into fanfic…

Esquire had an interview with Lena Headley (a.k.a. Cersei Lannister on Game of Thrones), where writer Peter Martin describes the franchise like this: “Adapted from author George R.R. Martin’s hugely successful fantasy series, A Song of Ice and Fire, Game of Thrones came with a huge, built-in, and devoted (if pimpled and asthmatic) fan base, along with a tested, long-running story line.”

Hey now, Peter. I may have the occasional zit, but pimpled and asthmatic? C’mon, dude. Lord of the Rings won a freakin’ Oscar. Fantasy isn’t just for lonely, zit-ridden teenagers anymore.

This brings me to my next point: for reasons I cannot explain, I have this mental image of Merle traipsing about Westeros now that he’s…er…a free man.

P.S. I’m pretty sure tattoos do exist in Westeros, though the article claims they do not. Patchface comes to mind. Maybe tattooing isn’t done in Westeros (don’t remember entirely) but there are certainly tattooed characters.

Every now and then, the universe cuts you some slack.

Back in October of last year, I started writing the initial draft of GNW3, working title Zombie Rock Machine. I got through 18,000 words before realizing I was not in the right space to work on that particular story, so I closed it up and let it sit.

This week, I came back to GNW3 and restarted it. 2,600 words into things, I opened up the original file to see if there was anything I could salvage.

Looking at it with fresh eyes, I can probably use about eighty percent of the original beginning (though the pacing is different; my revised edition will use different chunks at different times). That’s great news for me. The other ten percent I’ll have to junk; still, that’s a ton of words I get to reuse and not throw away.

The trailer for Pacific Rim is up on Apple Trailers.

From what I can see of the plot, BP drilled a little too deep and wound up releasing Cthulhu or something (wait, that sounds more like an episode of South Park) and Cthulhu or Godzilla or whoever it is promptly starts trashing the planet. Humanity’s only hope is…giant robots that fight the monsters hand to hand, because apparently missiles don’t work.

It also has Idris Elba announcing “Today we are canceling the apocalypse!” right before a robot sucker-punches Godzilla.

I don’t know if that’s the actual plot. I don’t really care. I look at Pacific Rim the way I looked at Battleship: an excuse to display glorious destruction to maximum effect. Aside from Elba (who can do no wrong) and a random voiceover attempting to bring us up to speed on the story, there doesn’t seem to be much actual dialogue. We’re not in this for storyline or character development. We’re in this for explosions.

(Watch, it’ll turn out to be insightful and tear-jerking and I’ll end up eating my words.)

Have also discovered “Na Na Na” by My Chemical Romance. It’s catchy and borderline obnoxious…makes me want to write about…zombies.

Day two of NaNo has come and gone; day three is still going. How’s everyone doing?

Without talking too much about the plot (I seem to jinx myself when I talk about stories I’m working on), this story at this particular time seems to better fit the mood I’m in. GNW3 has been tough to plod through because there’s some…I don’t know, stuff…in my personal life that has not been going so well, and writing wisecracking Vibeke can be tough if I’m not in the right mindset.

This story, slightly darker and more serious, is flowing a lot better.

So the space shuttle buzzed my house today.

Hmm, not quite the right introduction. How about:

There is no faster way to scare the living daylights out of an entire neighborhood than to let the space shuttle go ripping by overhead.

I vaguely recalled seeing the Endeavor‘s California sightseeing trip on the news, but it didn’t occur to me that it would happen a) today, or b) right over my house. But there she was, screaming by overhead on the back of the biggest airplane I’ve ever seen. They flew in insanely low…my little apartment shook, pets freaked out, people went running outdoors to stare, cameras flashed and there was much general applause.

I guess the plan was to buzz Disneyland and we just got caught in the crossfire.

I’m happy I got to see it, although the shuttle passing overhead served as a reminder that as a breed, these little spaceships are really done. If we want to send someone into space, we’ve got to go bug the Russians.

Speaking of sending someone into space…someone on Reddit asked (rightfully so), “What if we have to send Bruce Willis into space to destroy an asteroid?”

These are the things we need to consider, folks.

I remember watching the various shuttle launches when I was a kid…there was always something mesmerizing about them. Hard to believe they’re done.

Well, that was an embarrassing follow-through.

“I’m going to post here more often! Every other day at least!”

I have been busy. Besides cobbling my computer back together, I’ve been working on a novella that I’m hoping to release…well, October-ish. I ended up not going with the Echoes-verse and am instead trying something completely new. So far I like it. I’m looking at around 25,000 words; it might turn into a small series on its own. We’ll see.

Once that’s done, it’s on to GNW3: Zombie Rock Machine. (No, that is not the title, that is a song by Lordi and kind of the theme song for GNW itself.)

B&N is still working DBG through its system; not sure if they took the weekend off, or what…anyway, hopefully by tomorrow? 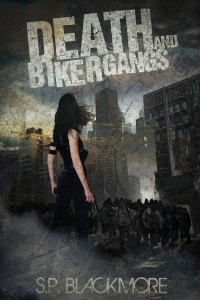 Come on by and join in on the post-apocalyptic tomfoolery.

Nook people, I haven’t forgotten you! I’m going to get it formatted for the Nook today and hopefully it’ll be at B&N by tomorrow.

…so I know I promised I was in “final edits” two months ago.

The editing process is a funny thing. I’m one of those people who can tinker at all times — I’m always looking for something to improve. In that sense, I completely understand what George Lucas tried to do with the original Star Wars trilogy (although I will forever maintain that Han Solo shot first). The urge to fix things, to make things even better, is always there.

But there comes a time when you have to put down the red pen and say, “Go out into the world, little book, and see what you can do.”

(In some cases, your friends forcibly remove said red pen from you and say, verbatim, “IT’S READY, DAMMIT, PUBLISH THE THING.” Thank you, R.)

Amazon is presently reviewing the copy I uploaded. If they follow their usual routine, it may be live by tomorrow. I’ll post a notice whenever I get the notification that it’s up. At some point tomorrow, I’ll also format it for the Nook, which should hopefully be less of a project than the MOBI conversion, now that I’ve got the final completed file.

(Next time, I’m hiring someone to format the thing for me. The hell with all this technical stuff. With that said, it’s been checked on three different Kindles and two different previewers. The formatting should be pristine.)

This is the third book I’ve released for myself. I’ve ghostwritten some novellas and two novels. Turning something in — whether it’s sending it to the client or kicking it over to Amazon — still scares the hell out of me. I think it’s the nervous high schooler that still lurks around in my brain, waiting to hand in an essay. What if I can make it better? What if it needs more of this? Can I fix this? I don’t like this!

Death and Biker Gangs has been a long time in coming. I started writing it immediately after GNW went live, and it had several stops and restarts along the way. At one point I ripped out 22,000 words and started fresh. My beta readers advised some subplot alterations and I agreed with them. The ending got shredded and revamped.

And then came the editing. One part proofreading, two parts tweaking.

You basically can’t leave me alone with a manuscript. I’ll fuss with it until the dead walk. Hell, I was still messing with DBG at 1 AM before I uploaded the final converted file. Somebody stop me.

Anyway…the result is a book that’s bigger and badder than the original, but still doesn’t take itself too seriously.

I’m nervous about it, yes, but I’m also proud of it. Or maybe I’m just relieved that it’s done.

One of those things.